McKinsey has analyzed 2,400 of the largest companies over the past fifteen years and calculated the relative impact of forty variables on outsized growth in economic profit. Economic profit is a function of ROIC and revenue growth, the twin strategic and financial goals for any company, as discussed in the prior article.

1) Strong R&D investment
If you’re in the top 50th percentile of all companies in your industry in the ratio of R&D to sales, you have a 21% chance of moving from the middle of the pack to the top quartile of performers. In terms of raw ability to move companies, this variable is the most powerful. In other words, invest in innovation.

2) Constant active re-allocation of resources to growth areas
If you’re in the top 40th percentile of all companies in your industry in terms of re-allocating resources to new growth spaces, you have a 15% chance of moving up to the top quartile of performers. And, according to McKinsey’s research, CEOs who actively do so in their first few years keep their jobs longer.

Companies that move an entire half of their capital expenditures across business units create fifty percent more value than those that don’t. McKinsey has written a book about this, The Granularity of Growth. Examples include Philips, who divested legacy TV and audio businesses. They then identified the most promising 340 geography and product combinations, such as electric toothbrushes in China that they then doubled down on.

Re-allocating requires pulling resources from some areas. One way to make it easier is to extract the resources first, then increase funding and resources in promising areas afterwards. If you do them both together, the promising areas may receive less than is desired due to constraints and conflicts.

There are two levels of strategy; this level is the one on the right side of the image below. 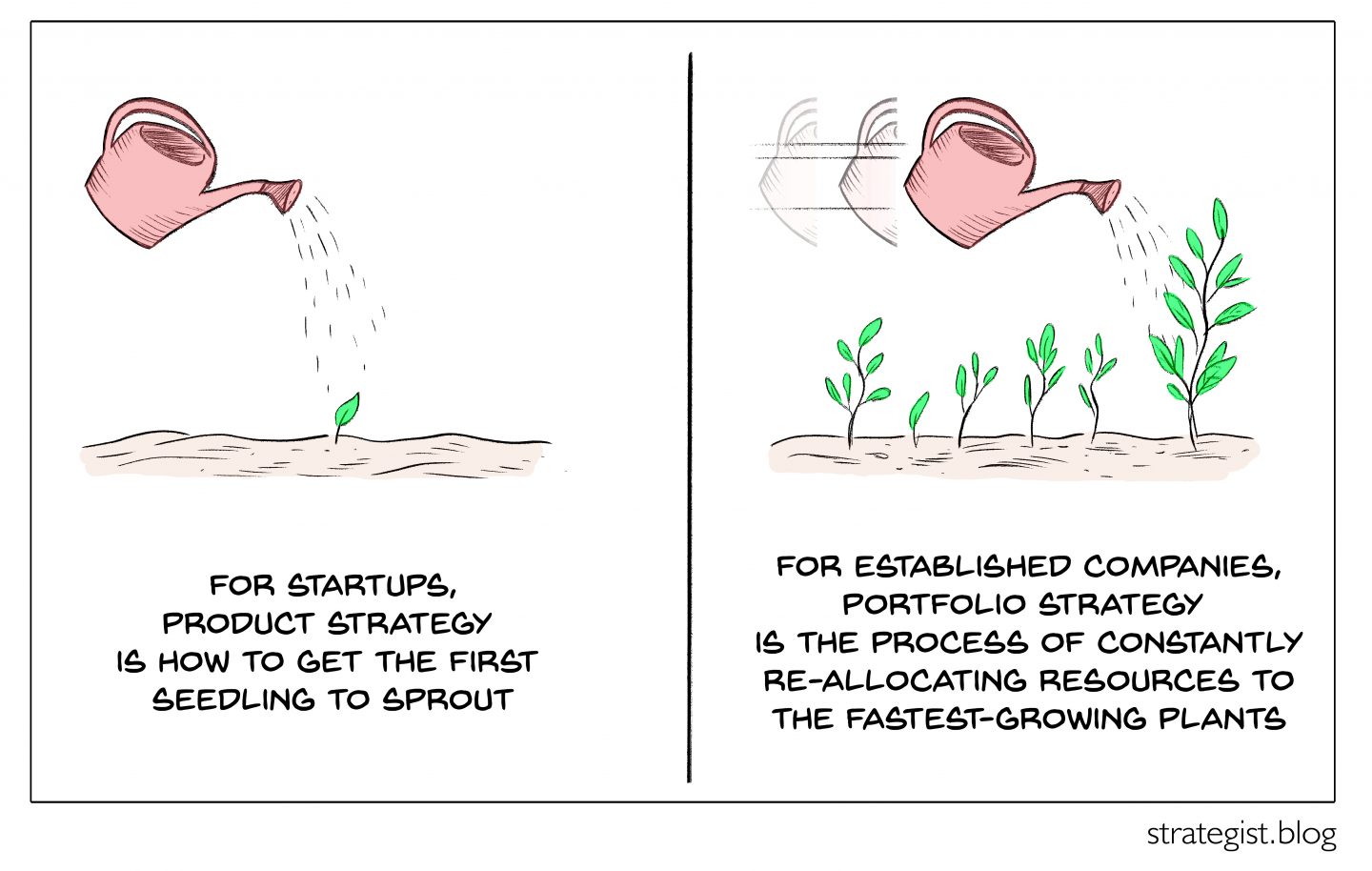 3) Active M&A/divestitures
If you’re in the top 40th percentile of all companies in your industry in M&A, you have a 13% chance of moving from the middle of the pack to the top quartile of performers. To get there typically requires doing several deals that lead to over 30% of your market cap over ten years—but without any that are alone larger than 30%.

Major mergers (e.g., Time Warner and AOL) have attracted the most attention. According to McKinsey, it is from analysis of mergers like them and a short-term view of how share prices react to mergers that have led to the inaccurate view that M&As often don’t create value.

This points back to #3 of the “4 Steps to Develop a Strategy” around identifying areas where there is a positive trend that you can ride. Finding and leveraging trends that others aren’t reacting to is one of the core jobs of the strategist.

Supermarkets and airlines create loyalty programs that give them access to data about their customers which then gives them a chance of seeing trends that others might miss. Netflix is a well-shared example of a company seeing a trend early (i.e., the move away from physical DVDs towards online viewing). Even though Netflix’s value has increased significantly since then (as of 2020 anyway), in 2011, when it announced it was shifting its strategy in anticipation of this trend, its share price dropped 80%.